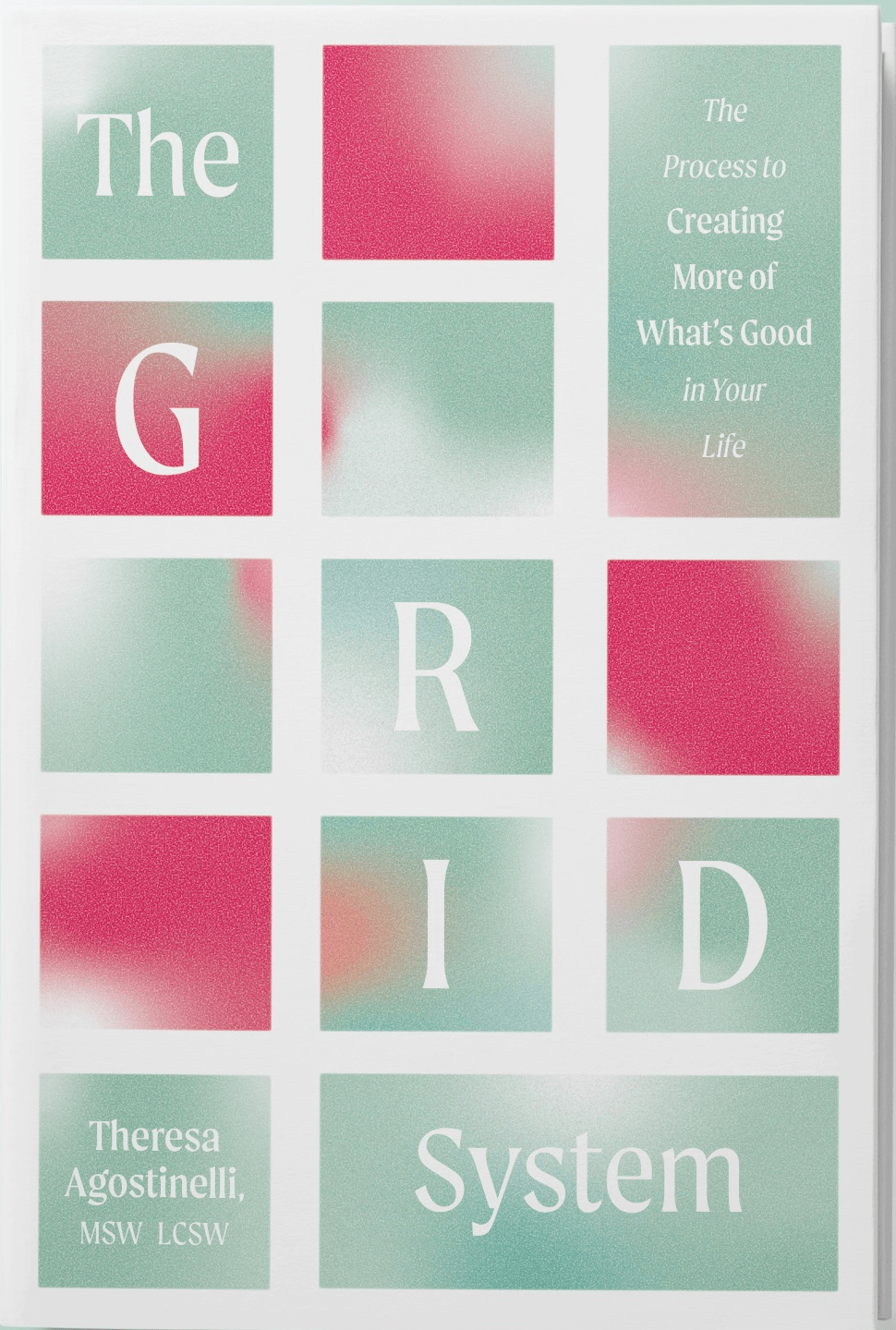 The GRID System is a proprietary results-driven behavioral modification program created through twenty years of development, focused around behavioral health and wellness, educational, and psychological models.

This approach instructs you by incorporating positive psychology, mental and physical health and wellness, emotion regulation, neuroscience, sociology, and by identifying the beliefs/fears/emotions that hold you back from achieving your goals and reaching your potential.

The GRID system will give you much-needed insight and the encouragement to overcome adversity, challenges, and setbacks, and help you learn to utilize your inner strength to maximize all areas of your life.

This curriculum is a simple system bringing multiple disciplines together to help you achieve all you were born to do and become all you aspire to be. It is time to create a new story for your life and for those you serve each day.

The GRID System helps you to be, to do, and to achieve more of what you want in your life.

What Barriers Hold You Back from Being Your Best Self?  ~Theresa Agostinelli

I feared everything as a child, especially people and anything that was new to me. Looking back at that time of my life I can see how and why I developed skills for self-soothing.

I was born in one of the most Italian places in the United States, South Philadelphia. Growing up, South Philly was the kind of place that instilled in me a deep pride in my Italian heritage and in my country, America.

My parents married at sixteen and had children right away. Both were born and raised in South Philly, the children of immigrants.

I was the baby of four. This got me a lot of attention. Everyone called me the baby and until I was five, or six I thought my real name was baby. My two older brothers often told me I was left on the doorstep of our home, and no one could think of a name for me, so they decided to call me baby.

My grandmother worked at the Ninth Street Italian Market along with several of my other relatives who had shops there. It was the place to go for food, family, and fun.

From the outside we appeared to be a happy family with well-adjusted kids.

One of my earliest memories was when I was four years old. My parents took us to Family Day at the Navy Shipyard in Philadelphia. We were going to tour a Navy ship. I can still remember how loud it was. People were getting on and off the ship. It seemed chaotic and I did not like crowds. I was afraid of my own shadow and disliked trying anything new. I liked routine and this day was certainly not part of my routine.

The ship wasn’t going anywhere but it was moving up and down and the motion created the illusion that it was moving. If I close my eyes I can still remember the noises the ship made and the awful smell of the river and the diesel fuel. Children were laughing and it seemed everyone was having a good time.

My dad hoisted my two brothers onto the ship. They were almost ten years older than me. Then my sister who was six years older than me reached out to my dad and he grabbed her hand and she jumped up on to the ship. Looking around and not sure what was going to happen next I was filled with fear. My mom lifted me up in the air and my dad was reaching out to grab me. I remember looking down and seeing the water below. Realizing how far away my dad seemed to be I screamed at the top of my lungs and would not let go of my mother. She was trying to take my hands off her blouse and hand me up to my dad. I scratched and clawed at my mom like a crazed kitten and would not retreat. I saw the space between the dock and the ship, I saw the space between my mom and my dad, and I saw the space between my feet and the water. It was terrifying.

The fear of having no control was instilled in me at that moment.

I could not stop crying. I held onto my mother’s neck so tight that I’m sure she couldn’t breathe. She never let go of me and we sat on a bench until the rest of the family came back.

My dad expressed anger. For some reason he blamed my mother which only made me more insecure and started the development of an inferiority complex that I battled for years. In his mind, I embarrassed my parents, and embarrassing my dad never ended well.

I learned early on to fear my father. My Mom was not the person to go up against him. When my brothers went up against him it was always bad. I remember falling asleep many nights listening to my brothers being beat with anything my dad could find.

I taught myself to escape stress by spending hours reading books. I loved pretending I was a teacher in the basement of our home using my stuffed animals and dolls as students. I had a pretend blackboard and pointer. I loved pointing and at an early age I knew I was someone who would point the way for others.

Unfortunately, back then no one knew how to bring out that gift in me. Everyone in my family was too busy trying to make sense of the dysfunction in our home and the chaos we lived with every day.

I took on the psychological role as the worry wart, a chronic worrier and an anxiety ridden kid.

My parents did the best with what they had and with what they knew. Both grew up in emotionally abusive households riddled with addictions, mental illness, and poverty. During those days people didn’t ask for help so there was nothing to be done about the trauma and dysfunction they experienced.

It wasn’t until later in my life that I was able to understand that cycles are repeated in families. These cycles can be genetic, inherited, ancestral or learned behavior. Our brains have the capability to memorize everything that happens to us good and bad, and then stores those memories until they are needed. It’s those memories that create our core belief system.

I knew I had to figure out where my fear and the need for control originated. I needed to know my story so I could rewrite it, changing my negative thoughts. The negative traits had to be dislodged from my brain and my life as well as from the lives of those clients I was beginning to counsel. I found that breaking those destructive cycles was key in filling in our psychological grids, so I could be and do and have more of what we are all are created for.

If we don’t understand what we have downloaded into our mental DNA we will not be able to change the program. Awareness is key. Our childhood programming has been unconsciously downloaded into our minds and has been passed onto us and we will pass it on to the next generation unless we stop it.

Take a sneak peek at the first chapter

THERESA AGOSTINELLI is an accomplished international speaker and life coach. Her experience as a master psycotherapist in the mental health industry spans two decades. Holding a master’s degree in Human Development, Theresa is a college professor and a certified John Maxwell coach, speaker and mentor.